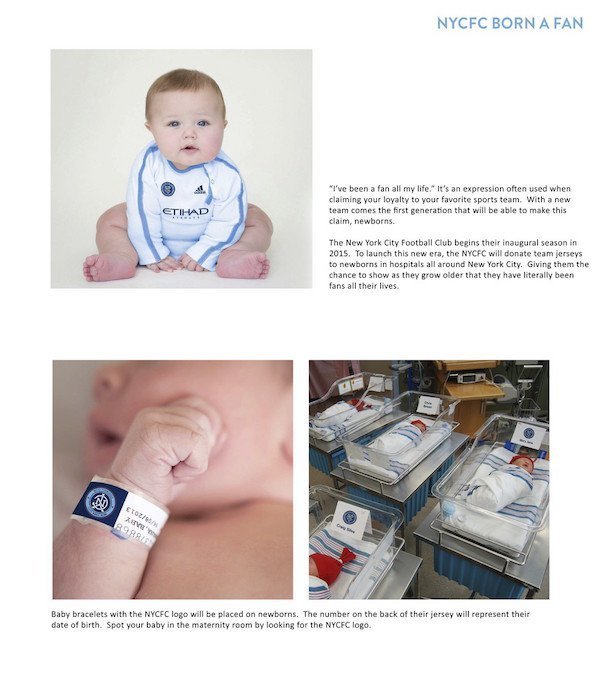 “I’ve been a fan all my life.” It’s an expression often used when claiming your loyalty to your favorite sports team. With a new team comes the first generation  that will be able to make this claim, newborns.

The New York City Football Club begins their inaugural season in 2015. To launch this new era, the NYCFC will donate team jerseys to newborns in hospitals all around New York City.  Giving them the chance to show as they grow older that they literally been fans all their lives.

Baby bracelets with the NYCFC logo will pile placed on newborns.  The number on the back of their jersey will represent their date of birth. Spot your baby in the maternity room by looking for the NYCFC logo.

This branding campaign inspired by the New York City Football Club got shortlisted on the 2015 Clio Sports Awards.

Strategy is the future 👏 Sign up for our free