Angus Tucker has tried hard not to be an asshole throughout his advertising career. However, he’s definitely tried to write like one. By that he means that advertising should be about trying to persuade you, not simply confirming something you already know. And while that may sound like a tough task, it’s this kind of writing with a bit of bite that’s helped Angus turn john st. into one of Canada’s most successful and most awarded advertising agencies.

Of course, there’s more to a career in advertising than just learning to write like an asshole. To share what he’s learned from more than 30 years in advertising—including why you should never use a golden retriever in your ads—Angus dropped by Miami Ad School Toronto. 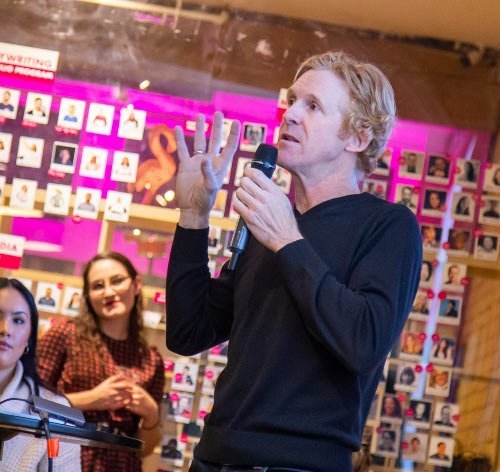 Before there was john st., there were a lot of bad ads

A self-described “late bloomer,” Angus didn’t find his way to copywriting until he was 29. He originally started off his advertising career in accounts, but he never quite seemed to master those budgeting skills—he once overspent a client by a cringe-worthy $600,000. Clearly ready for a change, Angus quit his role in accounts and landed his first copywriting gig. Unfortunately, Angus admits “I spent those first three and a half years of doing terrible, terrible advertising.”

But after a few years of a blank book, Angus realized that maybe it wasn’t crappy briefs standing in his way, but himself. Determined to make copywriting work, Angus and his partner doubled down and gave themselves their own projects. Turns out, clients loved their hustle.

It was that hustle that got him to Ammirati where he won over Stephen Jurisic with a few clever radio ads (and a terrible book). Just a few years later, the two teamed up to start john st. and have worked with everyone from Boston Pizza to the Ontario government.

“You can create your own success.”

Make ads that people think at

But you don’t form an award-winning agency and make viral hits without learning a few things along the way. For Angus, the most important lesson he’s learned is to try not to write ‘ads,’ but to write what people would want to see. Whether that’s a pizza box that lets people eat a greasy slice in bed, a grocery store ad that encourages the world to #EatTogether, or even discrete tampon dispensers for homeless women, it’s all about creating “stuff that makes people look at it, and think at it.” 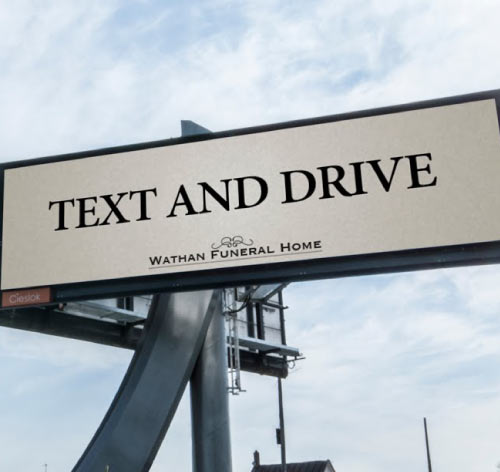 And it’s not just about thinking about your audience. For Angus, it’s also about thinking about “what does [insert category here] advertising look like?” Once you have a better idea of what advertising in a given category looks like, you can do the exact opposite. For example, if toilet paper brands normally feature cheesy cartoon bears, you turn toilet paper into haute couture. Or if grocery bands usually show happy people with armfuls of produce, you show a bunch of hypebeasts dominating the grocery aisles.

In other words, “avoid stuff that makes your stuff look like advertising.” That means no supermoms, no dopey dads, no couples that call each other “honey,” no people laughing out loud watching TV on their phones, no high fives, no exclamation points (!), no Wes Anderson references, and definitely no golden retrievers (they’re the models of the dog world). As Angus sums it up, “All that stuff, will make your ads look like terrible stuff.”

Of course, at the end of the day, there’s really only one tip you need to know to make great ads: watch advertising (not just ad books). Because while everyone else is skipping ads online, you might just find the inspiration that sparks your next big idea.


Error: API requests are being delayed for this account. New posts will not be retrieved.